Inside: Considering plant boy names, but looking for choices that won’t have the grandparents thinking you’ve lost your pregnant mind? Then you’ll want to check out these not too weird options for strong, original boy names that are inspired by plants, flowers and trees.

Nature is about as the oldest thing out there, wouldn’t you agree? So it’s not surprising that plant names for babies have come back into vogue and are trending in a strong way.

Maybe it’s the resurgence of the plant lady and all this plant-boho-decor that’s taking center stage, but you can be sure that plant names for babies are a legit trend.

And not just for girls – plant names for boys are growing in popularity, too.

You may want a plant name for your baby boy because you love nature’s strength and beauty. Or maybe you’re all about bringing nature back into your home, protecting it and returning to it on multiple levels.

Or maybe you’re just inspired by all those lovely greens you have hanging around your house.

Whatever your reasons, if you’re looking for some unique choices, plant names are a fairly untapped reservoir of inspiration. And because plant names aren’t as common for boys, your son will certainly stand out in a crowd.

There are more plant-inspired names that come with a masculine vibe than you might think, although there is certainly nothing wrong with choosing a gender-neutral name.

We did our best to sift through all the options, and came up with 35 baby boy name choices that are actually worth considering (and wouldn’t be crazy weird).

THIS POST PROBABLY CONTAINS AFFILIATE LINKS. AS AN AMAZON ASSOCIATE, I EARN FROM QUALIFYING PURCHASES. YOU CAN READ OUR FULL DISCLOSURE POLICY HERE.

The Kindle versions of baby names books are often accessible through Kindle Unlimited (like THIS one or THIS one) on Amazon. If you haven’t already used your 30-day free trial, you can sign up HERE.

This flowering plant gets its name from Greek mythology.

The story goes that Adonis was loved by the goddess Aphrodite. After being killed by a wild boar, his blood produced the red Adonis flower.

The literal meaning of this name is  “lord.”

The fraxinus tree is also known as the ash tree, which can be seen as a derivative of the name Asher. In Hebrew, it means “happy, blessed.”

Other variations representing this evergreen plant species include Ashton and Ashley. Or, you can simply go with Ash.

Similar to a birch tree, this towering beauty has all the majesty and strength of the Colorado Rockies, which is home to the charming city of the same name.

It means “quaking tree,” which should be no surprise.

This name provides just the right opportunity for the fabulous nickname Cal.

While Caladium may not be the obvious choice to name your baby boy, the shortened version is pretty darn cute.

A name of towering strength to be sure, it’s a symbol for strength and longevity. It also has many biblical references, especially the cedars of Lebanon.

Cereus is a night-blooming cactus, native to the Arizona desert, known for its statuesque appearance, breathtaking flowers, and heavenly aroma.

Cereus (an alternate spelling of Sirius) is an excellent name choice for a baby boy, representing natural beauty and tremendous strength.

Bonus if you’re a fan of all the Southwest things.

If Irish blood through your veins as well as a love for nature, this may be the name for your boy.

Inspired by the delonix plant, Dell is of English origin and means ”meadow.” This tropical African tree is most well-known for its rich, red-orange flowers.

If you’re envisioning your son as vibrant or intense, consider this ironically simple name.

Typically recognized as an optimal choice for a fresh Christmas tree, the Douglas fir is the symbol of the Pacific Northwest, the state tree of Oregon, and most recognized for its towering strength.

This might be a fun choice for a winter baby!

This name obviously comes from the Elm tree, and it means “red, brown.”

While it’s typically used as a middle name for a boy, it could easily stand alone as a short, strong, mono-syllabic first name as well.

While this is an on-trend name made popular in Disney’s Tangled, in the garden world, it’s also known as a cheerful flower with candy pink blooms and a bright white center.

The name Flynn is of Irish origin and means “son of the red-haired one.” Potentially an ideal choice if you have a little ginger boy.

This name needs no explanation if you’re a plant or nature lover! It doesn’t get more all-encompassing than this one.

It’s an English name that means “dweller of the woods.”

If that resonates with you, add this one to your list of potential baby boy names.

The name Grant is of Scottish origin and represents strength and solidarity, but you may not know that it is connected to the General Grant Tree, the second-largest sequoia in the world.

It was named in honor of General Ulysses S. Grant in 1867 and coined “the nation’s Christmas tree” by President Calvin Coolidge.

Derived from heather, this is an English name that means “land of heather and grass” or the “heathland dweller.”

These hardy evergreen shrubs are most known for being native to the highlands of Ireland and Scotland and conjure up wonderfully romantic and serene imagery.

Typically thought to be a girl’s name, in more recent times it has been used for both genders.

Not only is it fantastic ground cover, it also is an Old English word that signifies fidelity and eternity.

If you’re looking for a plant name that represents something unique, Larch is one to consider.

The larch tree is a deciduous conifer, which is a rarity! The larch is a towering evergreen whose needles turn golden yellow in the fall.

The name Lark is inspired by the larkspur, a flowering plant that produces airy blue blossoms and lends itself beautifully to any garden.

Lark is of English origin and means “songbird” as well, a double allusion to the natural world.

This steel-blue grass is a striking choice for boy name inspiration!

It’s truly unique, and this is an excellent option if you’re looking to set your son apart.

This name is taken from the apple tree’s formal name – Malus domestica.

Fun fact: it is also one of the main characters in the popular book trilogy and new Netflix series Blood and Bone.

This is the Latin and Scandinavian variation of Oliver, which means “olive tree.”

It’s a unique option if you like the name Oliver but feel like that one’s off the table because it’s becoming too trendy.

An English name that means “near the oaks,” this choice practically oozes strength and prominence.

Another monosyllabic name that packs a punch with its brevity.

This Latin name meaning “from the olive tree” has spiked in popularity in recent years.

If you’d like to distinguish it a bit, you can try a few variations:  the French Olivier, the Spanish Olivero and the Italian Oliviero.

Meaning “laurel or pine” or “Jerusalem pine”  in Hebrew, this name is more often heard in Israel.

It’s a great choice if you want a plant-inspired name with nod to Jewish culture. You could call him “Ore” for short.

Although this is a flowering type of plant, this choice comes with the very manly nickname, Ox.

This plant is usually associated with success, reliability and endurance.

Inspired by pear trees, Perrin is a name for a child you pray will grow up to produce good fruit.

Of French origin, the name Perrin comes from the name Pierre. Perry is a common nickname for Perrin.

You get a lot of bang for the buck with this name, as far as allusions go!

Not only do you get the plant reference to this date palm, you also get the geographical city and mythological reference (the Phoenix bird) along with it for free.

It originally comes from the Greek, meaning “dark red.”

Though this is most commonly connected to its original meaning “one who plays the pipes,” it can also double for a spicy choice for a boy’s name as it directly references the pepper plant.

This name also originates from the apple tree’s formal name, Pyrus malus. It happens to be the common pear tree’s name as well: Pyrus communus.

So if you have a strong inclination toward fruit-inspired names but want a more masculine feel, this could be a great choice for a boy

The Asian flowering quince is a hardy plant usually known as a harbinger for spring. It also has Latin origins meaning “applelike fruit.”

You could also choose use this as a nickname if you decide to go with the more well-known Quincy.

Who knew that monosyllabic names and plant boy names would go hand in hand?!

Red is a nod to the majestic redwood trees of the Western U.S. It’s also just a powerful, short boy name if that’s what you’re looking for.

This is a name of Japanese origin that means “water lily, lotus.”

In the U.S., it is most recognized in connection with the cartoon Ren and Stimpy.

However, in a more significant sense, the water lily is a symbol of resurrection and rebirth, as it closes at night and opens up again in the morning.

Derived from the plant called Rodger’s Flower, this name is a unique spin on the more common Roger.

As a botanical, it compliments many other plants and flowers in a garden, and this just may be a foreshadowing of your son’s complimentary, adaptable nature.

In nature, this name refers to the small tree or shrub by the same name.

It also has Native American roots and is a variation of the name Tahoma or Tacoma, which means “that frozen water.”

This is an English name meaning “the end of the town.” However, it also bears reference to the Townsendia annua, the Annual Townsend Daisy.

The daisy is a symbol of purity and innocence.

Although this appears to be a common, old-fashioned boy name, there is actually a plant connection: the Sweet William flower!

If you’re a gardener and want a son’s name with an outdoor connection but a more classic choice, William is a strong contender.

Want A Strong, Original Name For Your Baby Boy? Choose a Plant-Inspired Name.

We don’t always think of boys’ names when we think of plants and flowers for inspiration. But if you want a unique, strong name, add some of these to your list.

Whether it’s the meaning, the phonetics, or it happens to be a favorite plant of yours, these beauties from nature offer an abundance of inspiration. So be sure to pin this for later!

Kate is a former high school English teacher and current SAHM to her 5-year-old twin boys. A lifetime New Yorker recently transplanted in Tennessee, she keeps busy by learning her new way of life in the South, doing home decor and DIY projects, blogging at A Hundred Affections, substitute teaching, and figuring out how to survive in a house outnumbered by boys. And she loves Jesus very much. 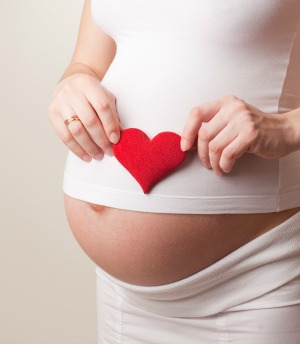